All three subjects cover the same core material, which includes the fundamental principles of biochemistry, genetics, molecular biology, and cell biology. In addition, each version of the subject has its own distinctive material, described below. The core material focuses on function at a molecular level: the structure and regulation of genes, and the structure and synthesis of proteins; how these molecules are integrated into cells; how cells are integrated into multicellular systems and organisms; and computational and genomic approaches to biology. 7.012 and 7.013 are similar, as both emphasize current issues in human biology. 7.012 focuses slightly more on genetic approaches, 7.013 on development and neurobiology. Fall Term: 7.012. Exploration into areas of current research in cell biology, immunology, neurobiology, human genetics, developmental biology, and evolution.
E. Lander, R. Weinberg

A comprehensive treatment of the advanced methods of applied mathematics. Designed to strengthen the mathematical abilities of graduate students and train them to think on their own. Expansion around singular points: special functions; the WKB method on ordinary and partial differential equations; the method of stationary phase and the saddle point method; the two-scale method and the method of renormalized perturbation; singular perturbation and boundary-layer techniques.
H. Cheng 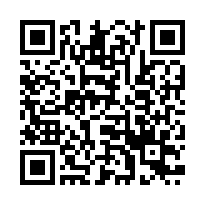